Skip to content
I like miners. For one thing, they sit around dumping omber and plagiocase into cans all day, just for me to reorganize. For another thing, they fly Retrievers and Covetors and fit Modulated Strip Miner IIs, just for me liberate.

(This story's a little old, as I haven't gotten around to doing anything Eve-related for the past few months. Notice the nerf discussion.)

Cleared for publication by: Ander

To have some fun, I spent a few days can flipping after a long spell of camping Rancer and roaming nearby lo-sec pipes. Half of the miners were AFK farmers, and most of the others were experienced enough to mine with a hauler alt or in corp gangs. I warp along, and before me comes a 4-day-old Osprey pilot in a German industry/mining corp. I aggro, he fires, etc., and then the magic:

At this point I'm getting pretty impatient. His shields are halfway up, and frankly I'd rather have heard him pop than see my wallet blink. It did start blinking (I wish I screenshot this). And I almost shit my pants.

Apparently he typed an extra zero or something so he ended up dumping his entire wallet into mine. Yep. I actually felt a tinge of pity for him and gave him back 20 mil. I know right? How sacrilegious of me.

Then he starts complaining about how he's broke, he can't buy the implants his corp told him to get, he can't afford his Minmatar strippers anymore, etc. Now I'm regretting even having CONSIDERED returning isk back to him.

Later in the day, I find a Retriever peacefully moving plagioclase into a can. Something is very wrong here.

I aggro, and local shoots up. I convo him, and he's confused as a fetus, but he refuses to take my can. He warps, I wait, and after 5 minutes he returns in... a mighty Exequror! My can pops and I point him. See the convo? Notice how he isn't on local (his name begins with Lord B): 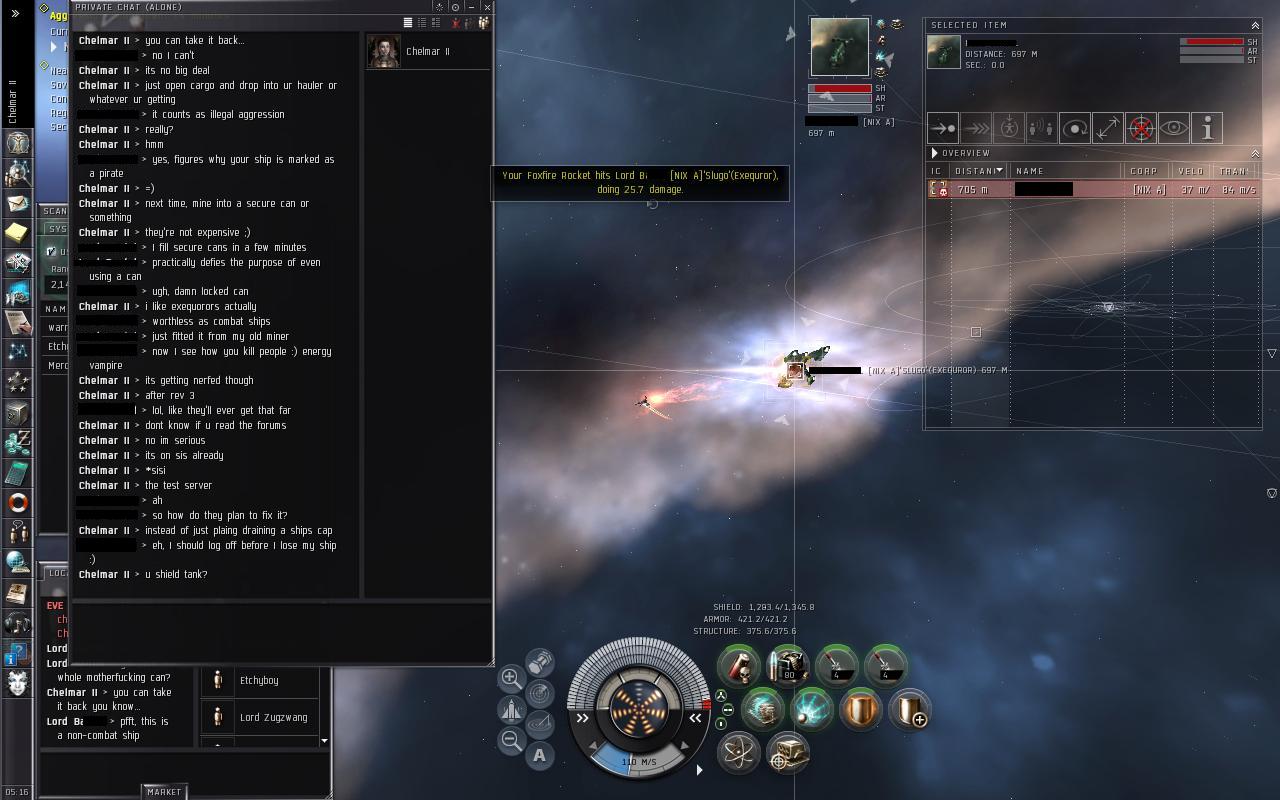 He logs back in structure, and in the wreck I see... large shield booster and large extenders? This game never ceases to amaze me. However we convo a bit and he turns out to be a good sport, he plays down his loss and we talk a bit about game mechanics and ship fittings and other stuff.

Funny guy the Osprey pilot, though. This evening he sent me a friendly evemail: 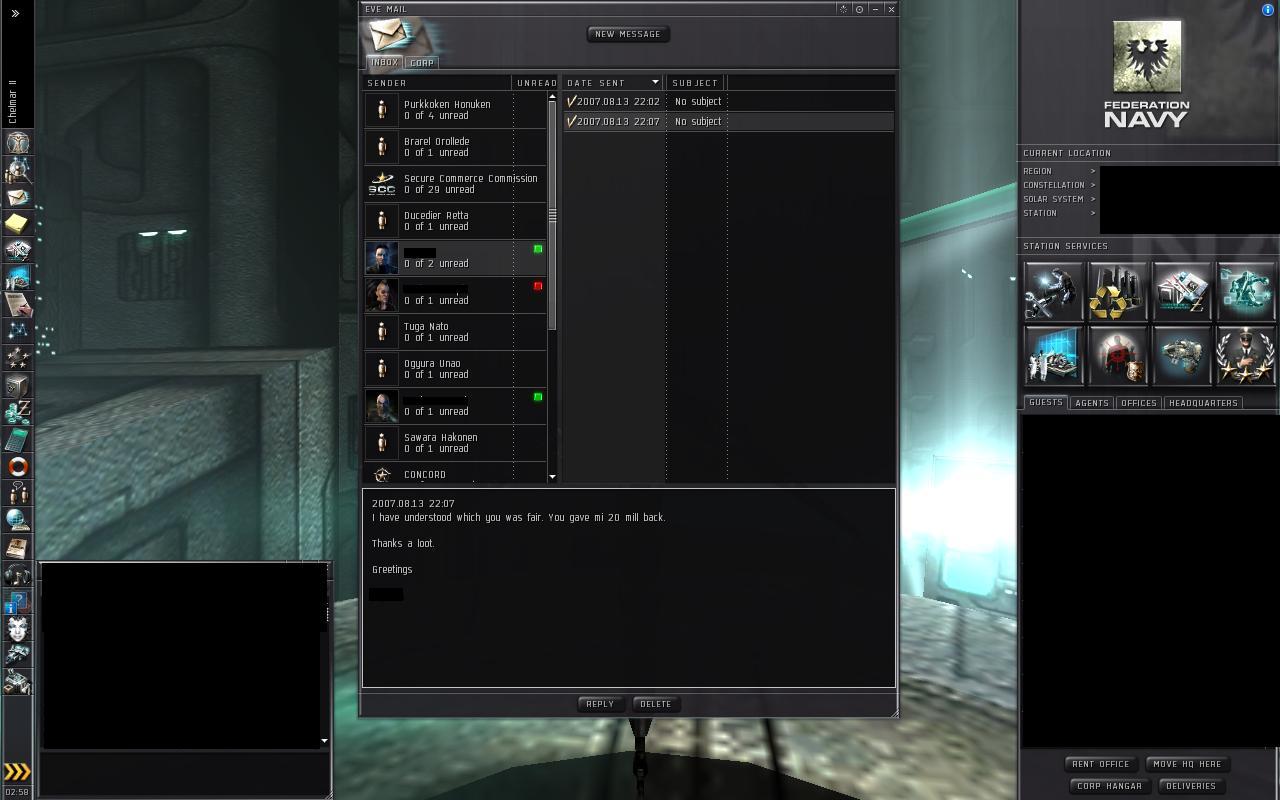 Fair? Guess he didn't learn anything then

Trackback specific URI for this entry