Skip to content
Since the EVE servers are down for the expansion, I thought I ought to write up some of the exciting (to me) things that have happened. It should hopefully incorporate lovely pictures, if I managed to actually link it in properly. I'm not much of a whizz kid with computers.
I started off the month still running around mainly in frigates, as my still lowly skills meant I didn't dare use anything bigger than a cruiser. However, I still got more than a fair share of fun. First off was a lowly iteron caught by can flipping, but it landed me with my very first ransom

500k ain't much to boast about, but it made me feel like a true pirate, and I went on my way determined to catch bigger and better things (hopefully). I headed back over to my usual hunting ground for a while, and annoyed many people.
In one incident, I caught out someone who was collecting ore from a can in an iteron. I ransomed him for 700k, and the fee was paid to my wallet. True to my word as always, I left him leave and thought that was the end of it. However I always stick to my can for a while afterwards, which reaped its reward this time. He came back in a pvp fitted incursus, and we had a fun one on one frigate fight. However, he hadn't quite got the hand of frigate pvp and I beat him with ease, as I sent him home in a pod while only losing 2% of my shields. 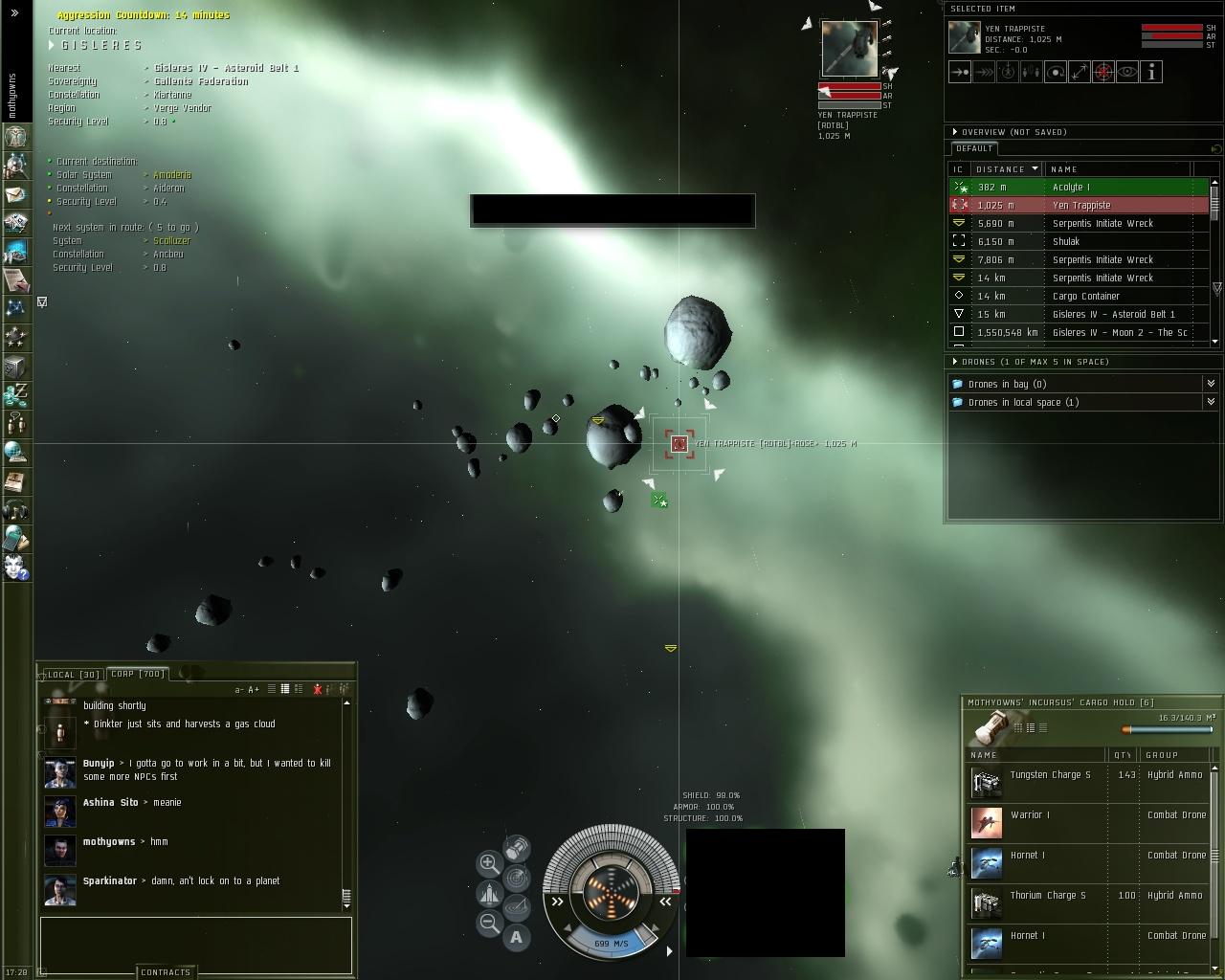 While the fight was on, a corp mate of his jumped into the belt with a myrmidon. I knew he couldn't attack, but that didn't stop it making me rather nervous. Then, the same guy I'd already beaten off in the incursus decided to come back in his iteron again! I destroyed it and he flew off back to station again. He then returned again in a shuttle, and as I locked and scrammed him, another corp mate joined in in an assault ship. Bad move. CONCORD did the job for me, and he was soon joining his friend in a pod. Not a bad killing session all told. 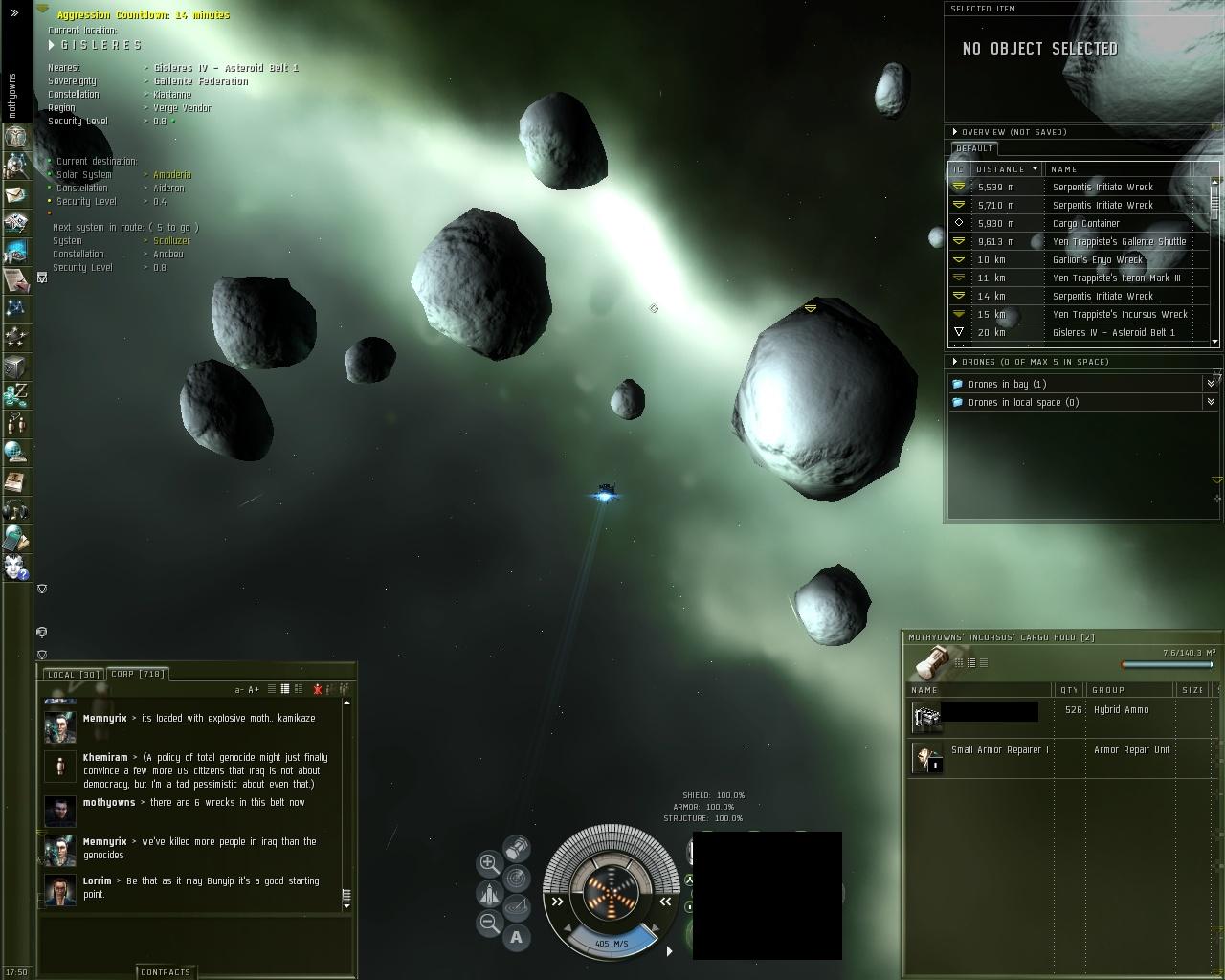 Inspired by these victories, I went on to try out a fully droned-up retriever. It was a close fight, too close for my comfort, but in the end I had bagged myself another killmail and some nice loot.


Cleared for publication by: Ander
Continue reading "Can flipping, ransoming and general fun over the last month or so "
yep, just over a month and I have just tried can flipping for fun. And boy, is it fun.
so I finish my warp scrambler and stasis web skills (finally) and grab an atron for the fun to begin. I'm cruising the belts and spot a retriever jetcanning. I flip it and he quickly warps out, and returns in a pretty nice vexor. he starts hitting me and I warp out and grab MY vexor.
I get back and the fight begins. he locks on and starts pounding my shields, and I'm taking about twice as much damage as him... not good
Then I back off a bit, and realise he has blasters and I have rails. lovely. I'm taking almost no hits now, and his armour seems to be dropping nice and fast, and yep, there he goes.

Cleared for publication by: Ander
Continue reading "my first can flipping fun"